Team 17 has acquired StoryToys, a world-class developer and publisher of educational entertainment apps for children, in a deal supported by PKF. 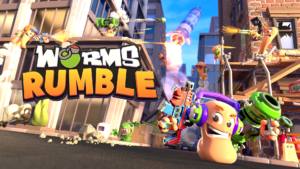 Founded in 2011 and based in Ireland, StoryToys is a leading developer of educational apps, targeting the pre-school market of children aged two to seven years old. StoryToys apps have been downloaded over 100 million times across 120 countries, and its educational entertainment – or edutainment – apps are produced in 28 languages.

The PKF team was put together very quickly and undertook the thorough financial due diligence review at pace and assisted us by mobilising teams in various locations to enable us to complete the deal.

A PKF team led by Sam Phillips in Bristol and David Lucas in Dublin conducted financial due diligence for Team17 on the acquisition of StoryToys’ parent company TouchPress Inc for an initial consideration of US$26.5 million. A further maximum US$22.5 million will be payable on delivery of certain targets over the next three years.

Mark Crawford, chief financial officer of Team17, said: “We were very happy with support received from PKF through

“The PKF team was put together very quickly and undertook the thorough financial due diligence review at pace and assisted us by mobilising teams in various locations to enable us to complete the deal. We were pleased with the service provided and the way in which they worked with the internal team at Team17 and with the StoryToys team.”

Sam Phillips, transaction services director at PKF Francis Clark, said: “The acquisition of StoryToys strengthens Team17’s position as a leading global games label through its entry into the fast-growing edutainment segment of the market.

“It was a pleasure to lead the cross-border PKF team alongside David Lucas on another quality transaction. Advising Team17 on this exciting deal also brought back happy memories of many hours playing Worms in my younger days, and we look forward to seeing the enlarged business continue to thrive.”

David Lucas, corporate finance partner at PKF O’Connor Leddy Holmes, said: “We were delighted to support Team17 on this transaction, utilising the combined resources of the PKF International network working from both O’Connor Leddy Holmes in Dublin and Francis Clark in Bristol. We’d like to wish Debbie, Mark and the team continued success as the business grows from strength to strength.”

Supported by Team17, the ambition is to grow StoryToys to be the global number one children’s edutainment brand for ages eight and under.

Emmet O’Neill, CEO of StoryToys, said: “Team17 is the perfect home for StoryToys as we enter into this incredible new chapter. Our goal is to be the number one provider of edutainment content for young children. Collaborating with Team17 will make that a faster and more exciting journey.

“We believe in creating the best possible digital learning experiences for children. We look forward to the possibilities that are opened up by collaborating with what we believe to be the best partner to deliver our ambitions.”

The PKF International network is made up of 220 independent accountancy firms in 150 countries.

More information can be found at pkf.com.

We were pleased to advise Quinbrook Infrastructure Partners on the acquisition of Habitat Energy Limited, an optimisation and trading platform for grid-scale battery storage. Based in Oxford, Habitat Energy has…